Things You Didn’t Know About Us

In the first place, ask yourself why you should know About Haiti? Is it too important to know about a country that has endured apocalyptic disasters, a slumping economy, child labor, corrupt governance, and the pervasive situation of chaos and obstreperous mayhem?

The knowledge is light, and it shows where you should go, how to talk, and where to spend your life. Haiti is no exception.

Haiti is the embodiment of life, the epitome of human survival, and the paragon of development. The people of Haiti and the culture of Haitians are benevolent and resilient. How they change the course of their country? How they improve the country’s condition. What part did they play in bringing modernization in their conventional practices?

There is always a key point in the nation’s fall and rise. How a person changes his life? How a nation adopts a direction of the successful path and how they take a course of action which changes their fate indefinitely?

The culture, the general practices of folks, and the way of life all effect the nation’s collective prosperity.

There are facts and cultural unique aspects which you never have heard before. Knowing not only to help you to understand a nation and what treasure in their culture for you but you will also gain some perspective of a nation who took a shift in their life of 180 degrees.

Either you are a student, or a teacher, or a traveler, or a man who wants to know some unique distinctive aspects of Haiti, this article will take you to take a visual world then you are exactly at the right place. Let’s dive into the things which you don’t know and which will assist you to know more. Because the more you know, the more you know you don’t know! So, let’s do it right now!

Haiti has a gigantic mountain on the Caribbean, and the water surrounds some mountains. This creates an eye-catching view that you don’t wanna miss ever and want to remain immersed in the breathtaking beauty. Some of the tallest and colossal mountains of Haiti are Kadeneau Mountain, Bois Pin, and the Pic de Selle peaks.

Might you have an image of Haiti as a war distorted country that is further deteriorated by the curse of worse slavery? But is it so in reality?

In 1793, Haitians took a historical step which used to be known as The Haitian Revolution. This was the first wave against the slave trade and its repercussion on society. The mass uprising abolishes the filthy tradition of slavery and put Haiti in the forefronts of the modern world’s civilized nation’s ranks.

The Cuisines of Haiti have several influences such as Spanish, Arab, French, African, and Taíno natives. In deliciousness and their unique presentation, Haiti’s cuisine put them in distinction and give Haiti precedence over other regions of the world.
There is an unending list of the cuisines of Haiti which can even create a strong affinity in you even to have some taste of them.
Some of the most prominent cuisines are: Griot, Lambi Guisado Joumou, Kibi, Lalo Legume, and much more.
Take a minute and have delicious and nice eating with your friends and family members.

Now when the world is reeling with the drastic dearth of electricity, the use of renewable energy resources in Haiti is no less than a miracle.
After the earthquake 2010, the Hospital Universitaire De Mirebalais became the first hospital of Haiti to be the largest in the world.

You might know Haiti as a desert with scorching heat and dangerous animals. But in reality, Haiti is far more beautiful and captivating than your imagination.

Beauty has much meaning in many cultures. But the meaning of natural beauty is the same for all human beings on the surface of the earth.

Spectacularly, Haiti has splendid beaches and crystal-clear water. The Grand amount of Haiti GDP is coming from the beach’s management committees.

Taino was the native inhabitant of Haiti before Columbus. When for the first time Christopher Columbus landed on the land of Haiti, he called it a Spanish Isle. Amazingly the Columbus was buried in the cathedral of Santa Maria in Haiti.

Billions of dollars funneled into the archeological excavations to find the symbol and the culture of the previous generations. These finds help us understand human psychology and how it evolved.

Figure 7: Freedom from Shackles
Haitians are brave, uncompromising in their efforts, and obstinate in their endeavors. Haiti was the first independent black republican.
They achieved their freedom by defeating Napoleon and French Colonists, who were using the aboriginal to harvest their lucrative corps on islands.

Religion is the complete manifestation of the culture, tendencies, and aspirations of any nation on the surface of the earth. People adopt a different religion because of different reasons. Haitian has endured pain and torment, and they have a distinctive religion.

Voodoo is a crucial part of Haitians, and they have adopted it as a state religion. No country on the surface of the earth adopted the Voodoo in such a manner.

Along with the Voodoo there are followers of Christian branches such as Catholic Christians and Protestant Christians. People are divided in these three basic religions.

Their people have a strong affinity and devotion to Voodoo, Protestant, and Catholic and their prescribed practices.

Haitians have shown such strength and resiliency that no other country of the Caribbean was able to do it.

The cockfight is a century-old tradition of Haitians. They pit two roosters against each other till death. It’s a pastime and euphoric for the Haitians to play this sport.

They used to gamble over the rooster fight and who wins get the reward.

The most fundamental thing which affects the nations is the ruling elite segment of society. The tradition they teach, the sports they promote, and the values they promote get their stronghold in ordinary people’s life.

French have ruled on the region and leave it devastated and wracked, and the Haitians were inept at doing something great.

Haitians are creative and adept in speaking different languages. French and Creole are the official languages of Haitians. Astonishingly 90% of the Haitians speak Creole and it became their official language in 1987.

Fortress shows the majesty of empires, their stronghold in the region, and their influence on far ends of the world. “The Citadelle” is the largest fortress on top of mountain Bonnet a L’Eveque. It’s a marvelous spot to observe the mighty nature which manifests itself in its entirety on the top edge of the Citadelle.

Colors shape the beauty of a region and Haiti is rich in colors. Because of the rich tradition of Haiti of cave painting from the Taino people indigenous of Haiti, it has a firm tradition of painting on the Tap Tap busses that run the United States to Haiti.

The paintings are present in every other corner of the city. Their strong adherence to the country’s cultural and traditional art is creating a new field for the Haitians.

Carnival is the most expected event of the Carnival, which used to be held during February. They celebrate this event in the capital city of Port-au-Prince and other major cities of the country.

Each year the carnival used to have a theme that used to project the deep aspiration of the masses, such as Haiti, on the road of change.

During this event, Haitians wear conventional garments full of twisting designs and conceal themselves in the disguise as pop culture.

They enjoy, scream, and happily sing songs with hand in hands and take long marches and seldom sit and walk.

Port-au-Prince is a noisy and chaotic place and a city with a hectic life. This port is still in recovery after the earthquake of 2010.

This port has two main museums’ point for the visitors such as Mupanah and the Marché de Fer. These museums hold ancient archeological records of the Haitian’s descendants.

Haiti stands for “Mountainous Country” in their aboriginal language. There are mysterious and some of nature’s wonders in Haiti.

The beauty of waterfalls and the clarity of the water is captivating for the Haitians and whoever visits Haiti.

Bassins Bleu near Jacmel is the beautiful water pool in Haiti.

Haitians love to read, write, and speak. They take constructive steps to improve themselves and to represent their country on the international forms.

The consistent efforts of the Haitians are leading them towards a successful path where they can have the potential to beat the developed countries even.

60.7% of Haitian’s population can read and write effectively.

Hotel is an essential element for a country that is a Mecca for nature lovers and which is experiencing exponential growth in all fields.
To accommodate all the coming large numbers of travelers and visitors, hotels are essential to maintain a smooth and harmonious environment.
Most of the hotels run by local people and the expenses of hotels are greater in Haiti as compare to the rest of the Caribbean.

Life in any form and its biodiversity all are an indicator of the soil importance of that region. Haiti is the singular country that has more diverse, more beautiful plant species as compared to any other country in the Caribbean.

Today there are almost 5600 plant species of different types which add beauty to the region and increases its grandiosity when they mix with the tall and gigantic mountains and cascades of waterfalls.

Because is a combination of all beauty of nature, it is becoming an economic and meccas point of tourism.

Knowledge is infinite, and the blessings of knowledge are countless. Haiti throughout the decades endured pain, hardship, devastation, climatic destruction, an economic slump, and cruel dictatorship.

People get used to infer all the negativities from the Haitians. AIDS, TB, and malnutrition all become common for people to relate to the Haitians.

Throughout the decades of struggle, endurance, and steadfastness, Haitian not only stands tall but they proved that, you don’t know about us.

They abolished slavery; they distort the negative concepts of people about them; they break the beliefs of other people who think of them as inferior people.

They rejuvenate and strengthen their culture and promote them. They not only give sport to their compatriots but in a true sense they walk together.

Not only do they live, love, and respect each other but make their country a mecca point in the world.

The love, compassion, sympathy, and benevolence they show for the tourist even nonplussed them because of their ineffable hospitality.

These all things when combined broke the negative image and create a new one. Which most of the people were ignorant of.

Still, you think you know a lot about us? No; you don’t. Our culture is rich and is as infinite as this Universe. Come and see, you should know more about us. 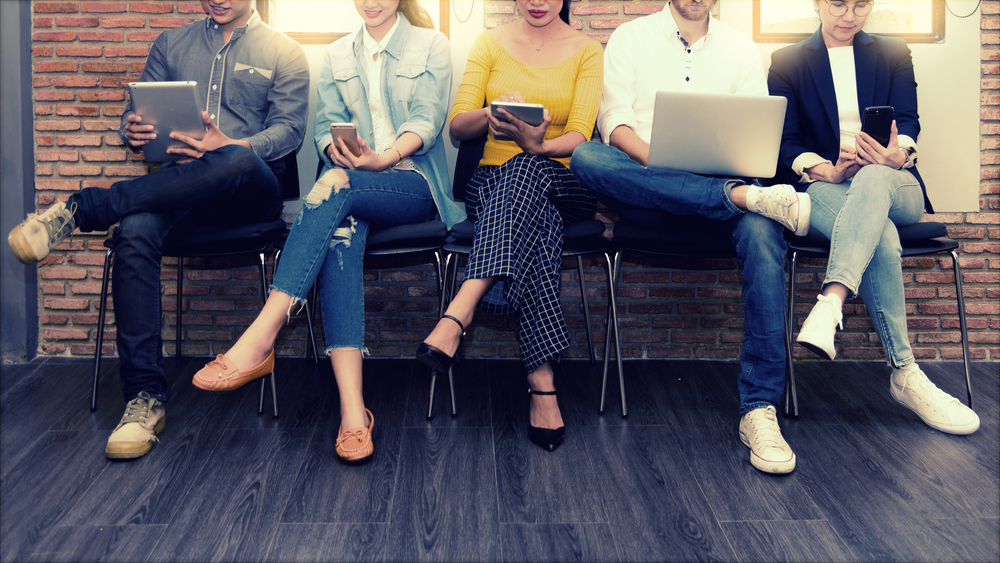 Inspiration
How to Use Social Network for Your Business 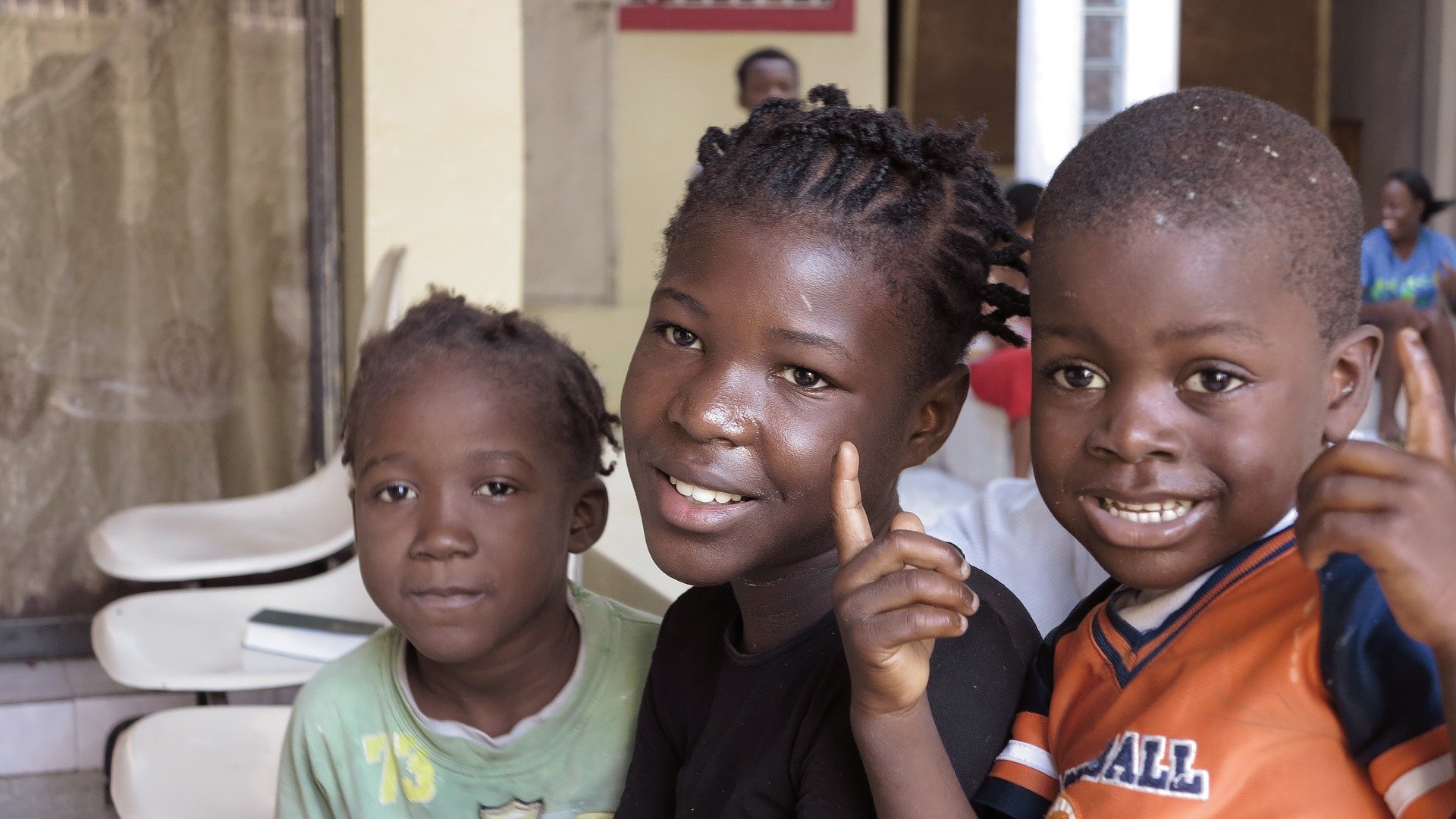 Inspiration
One Social Platform to Connect Haitians Around the World (Diaspora)

You Know Haitian is a rich country in skilled workers, intelligent minds, and innovative ideas? The educational segment of people in Haitian was persecuted, assaulted, and discriminated from the François “Papa Doc” who attempted to erect his throne. Though the François “Papa Doc” was successful in making his way through the illicit ways. The one thing that was happened was the mass scale migration of the educated and able population.