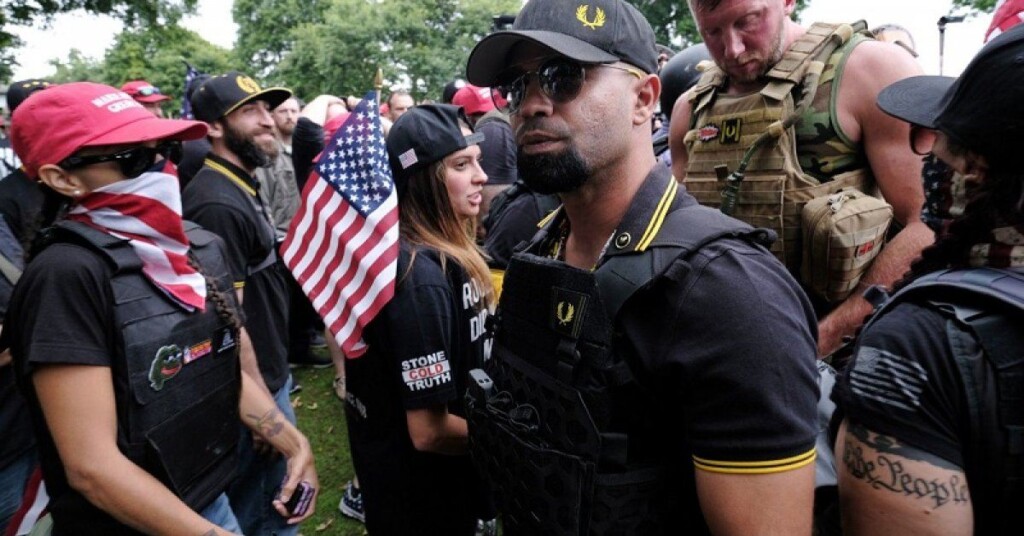 After the presidential election last year, the Proud Boys, a far-right group, declared its undying loyalty to President Donald Trump.

In a Nov. 8 post in a private channel of messaging app Telegram, the group urged its followers to attend protests against an election that it said had been fraudulently stolen from Trump. “Hail Emperor Trump,” the Proud Boys wrote.

But by this week, the group’s attitude toward Trump had changed. “Trump will go down as a total failure,” the Proud Boys said in the same Telegram channel Monday.

Sign up for The Morning newsletter from the New York Times

As Trump departed the White House on Wednesday, the Proud Boys, once among his staunchest supporters, have also started leaving his side. In dozens of conversations on social media sites like Gab and Telegram, members of the group have begun calling Trump a “shill” and “extraordinarily weak,” according to messages reviewed by The New York Times. They have also urged supporters to stop attending rallies and protests held for Trump or the Republican Party.

The comments are a startling turn for the Proud Boys, which for years backed Trump and promoted political violence. Led by Enrique Tarrio, many of its thousands of members were such die-hard fans of Trump that they offered to serve as his private militia and celebrated after he told them in a presidential debate last year to “stand back and stand by.” On Jan. 6, some Proud Boys members stormed the U.S. Capitol.

But since then, discontent with Trump, who later condemned the violence, has boiled over. On social media, Proud Boys participants have complained about his willingness to leave office and said his disavowal of the Capitol rampage was an act of betrayal. And Trump, cut off on Facebook and Twitter, has been unable to talk directly to them to soothe their concerns or issue new rallying cries.

The Proud Boys’ anger toward Trump has heightened after he did nothing to help those in the group who face legal action for the Capitol violence. On Wednesday, a Proud Boy leader, Joseph Biggs, 37, was arrested in Florida and charged with unlawful entry and corruptly obstructing an official proceeding in the riot. At least four other members of the group also face charges stemming from the attack.

“When Trump told them that if he left office, America would fall into an abyss, they believed him,” Arieh Kovler, a political consultant and independent researcher in Israel who studies the far-right, said of the Proud Boys. “Now that he has left office, they believe he has both surrendered and failed to do his patriotic duty.”

The shift raises questions about the strength of the support for Trump and suggests that pockets of his fan base are fracturing. Many of Trump’s fans still falsely believe he was deprived of office, but other far-right groups such as the Oath Keepers, America First and the Three Percenters have also started criticizing him in private Telegram channels, according to a review of messages.

Last week, Nicholas Fuentes, leader of America First, wrote in his Telegram channel that Trump’s response to the Capitol rampage was “very weak and flaccid” and added, “Not the same guy that ran in 2015.”

On Wednesday, the Proud Boys Telegram group welcomed President Joe Biden to office. “At least the incoming administration is honest about their intentions,” the group wrote.

Kovler said the activity showed that groups that had coalesced around Trump were now trying to figure out their future direction. By losing his ability to post on Twitter and Facebook, Trump had also become less useful to the far-right groups, who counted on him to raise their profile on a national stage, Kovler said.

Tarrio, the leader of the Proud Boys, could not be reached for comment. A spokesperson for Trump did not respond to a request for comment.

The Proud Boys were founded in 2016 as a club for men by Gavin McInnes, who also was a founder of online publication Vice. Describing themselves as “Western chauvinists,” the group attracted people who appeared eager to engage in violence and who frequently espoused anti-Muslim and anti-Semitic views. The group had supported Trump since he assumed office.

The change toward Trump happened slowly. After November’s election, the group’s private Telegram channels, Gab pages and posts on alternative social networking site Parler were filled with calls to keep the faith with the president. Many Proud Boys, echoing Trump’s falsehoods, said the election had been rigged, according to a review of messages.

The Proud Boys urged their members to attend “Stop the Steal” rallies. One Nov. 23 message on a Proud Boys Telegram page read, “No Trump, no peace.” The message linked to information about a rally in front of the governor’s home in Georgia.

As Trump’s legal team battled the election result with lawsuits, the Proud Boys closely followed the court cases and appeals in different states, posting frequent links in their Telegram channels to news reports.

But when Trump’s legal efforts failed, the Proud Boys called for him on social media to use his presidential powers to stay in office. Some urged him to declare martial law or take control by force. In the last two weeks of December, they pushed Trump in their protests and on social media to “Cross the Rubicon.”

“They wanted to arm themselves and start a second civil war and take down the government on Trump’s behalf,” said Marc-André Argentino, a researcher who studies the far-right and a doctoral candidate at Concordia University. “But ultimately, he couldn’t be the authoritarian they wanted him to be.”

Then came the week of the Capitol storming. On Jan. 4, Tarrio was arrested by the Metropolitan Police on suspicion of burning a Black Lives Matter banner torn from a Black church in Washington. He was thrown out of the city by a judge the next day.

But nearly 100 other Proud Boys, who had been encouraged by leaders like Biggs, remained in Washington. According to court papers, Biggs told members to eschew their typical black-and-yellow polo shirts and instead go “incognito” and move about the city in “smaller teams.”

On the day of the riot, Biggs was captured in a video marching with a large group of Proud Boys toward the Capitol, chanting slogans like, “Whose streets? Our streets.”

Though prosecutors said Biggs was not among the first to break into the Capitol, they said he admitted to entering the building for a brief time. They also said he appeared to wear a walkie-talkie-style device on his chest, suggesting he was communicating with others during the incursion.

In an interview with The Times hours after the attack, Biggs said he and other Proud Boys arrived at the Capitol complex around 1 p.m. when the crowd in front of them surged and the mood grew violent. “It literally happened in seconds,” he said.

Prosecutors have also charged Dominic Pezzola, a Proud Boy from Rochester, New York, and a former Marine; Nicholas Ochs, founder of the Proud Boys’ Hawaii chapter; and Nicholas DeCarlo, who runs a news outfit called Murder the Media, which is associated with the group.

After the violence, the Proud Boys expected Trump — who had earlier told his supporters to “fight much harder” against “bad people” — to champion the mob, according to their social media messages. Instead, Trump began distancing himself from his remarks and released a video Jan. 8 denouncing the violence.

The disappointment was immediately palpable. One Proud Boys Telegram channel posted: “It really is important for us all to see how much Trump betrayed his supporters this week. We are nationalists 1st and always. Trump was just a man and as it turns out an extraordinarily weak one at the end.”

Some Proud Boys became furious that Trump, who was impeached for inciting the insurrection, did not appear interested in issuing presidential pardons for their members who were arrested. In a Telegram post Friday, they accused Trump of “instigating” the events at the Capitol, adding that he then “washed his hands of it.”

“They thought they had his support and that, ultimately, Trump would come through for them, including with a pardon if they should need it,” said Jared Holt, a visiting research fellow at the Atlantic Council’s DFR Lab. “Now they realize they went too far in the riots.”

Some Proud Boys now say in online posts that the group should “go dark” and retreat from political life by cutting its affiliation to any political party. They are encouraging one another to focus their energies on secessionist movements and local protests.

“To all demoralized Trump supporters: There is hope,” read one message in a Proud Boys Telegram channel Wednesday. “There is an alternative. Abandon the GOP and the Dems.”

This article originally appeared in The New York Times. 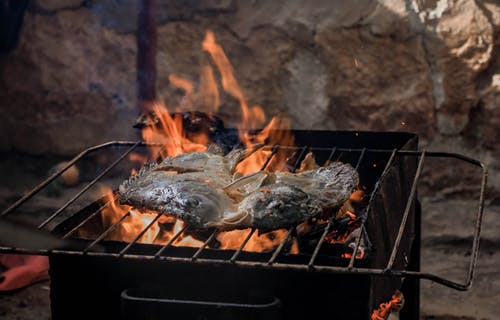 Feeling water in your mouth, empty of taste? The world has a lot of delicious dishes, desserts, crispy cookies, and worth to eat chicken spices.
But wait, did you ever taste the delicious dishes of the great culture of Haiti? The richness of nature, the abundance of mountains, and the purity of air give the natural taste of the land, the purity of the heart of the people, and the strenuous efforts of the Haitians. Not only the cuisines of the Haitians are worth eating, they are worth looking at and smelling.
The sweet juices, the fried ages and meat, and the spicy roast chicken in the taste of Haiti is making me restive to eat them now.
Without further procrastination let see what are the famous cuisines of the Haitians, what taste they possess, and what are the methods to make them generally so that we can make them in a better way to make maximum out of them. 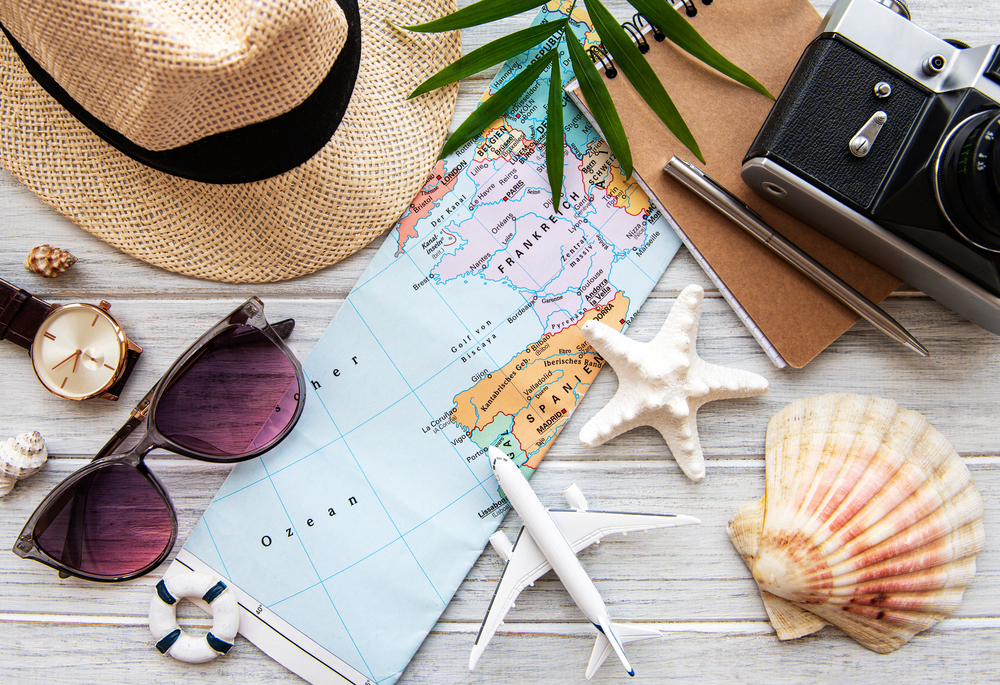 Alone, a scary word. No one wants to be alone. Loneliness kills and annihilates the people of this era. With the relentless craving to fill the void in life, people build a relationship with their counterparts out of frustration and other selfish reasons.
Do you think that life will give you a partner, a friend who will always walk with you? No matter wherever you are, life teaches a lesson, “those who fly solo has the greatest courage to confront the challenges of life”.